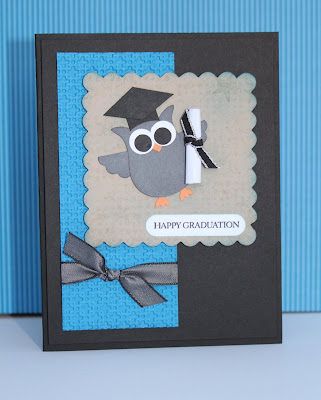 I needed a graduation card, and I couldn't resist making one of these little owls! I know I've seen a lot of these little guys made, but I was inspired by a card made by LeeAnn Greff (I've followed her blog for a long time!). You can check out her version here. It's pretty much the same, but I made bigger eyes and I used Pacific Point. 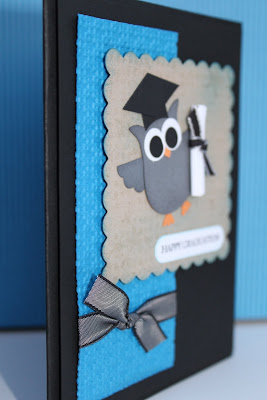 I also gave an extra black layer and popped up some parts for extra dimension. And I used the Black Taffeta ribbon - I love the weight of it, and it's so easy to push and pull into place! 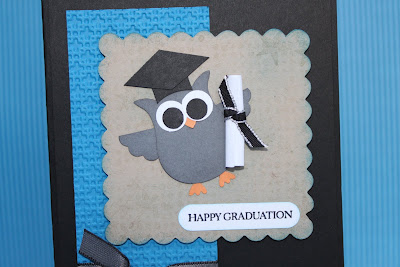 Here's a little bit closer up of the owl - he is pretty cute, huh?! His little diploma is just a piece of 1 1/4" x 1 1/2" typing paper rolled up and tied with the 1/8" Black Taffeta. His wings were made with a Scallop Oval punch, just with the top part of it trimmed off. His graduation cap is hand cut out - but the rounded edge that sits on his head was made with the 1 1/4" circle punch. 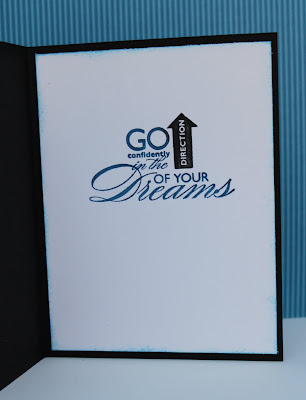 And here's the inside, with the saying from the Word Play set. - Perfect for the graduate, don't cha think? And, guess what? - the set is still on sale for 30% off, but only until the end of May! (You can click on the "National Scrapbooking Month" ad to the right for more details.)

I love it! I've been trying to come up with something for my Grade Sevens as they are "graduating" from Elementary School and heading off to highschool... this is too perfect!