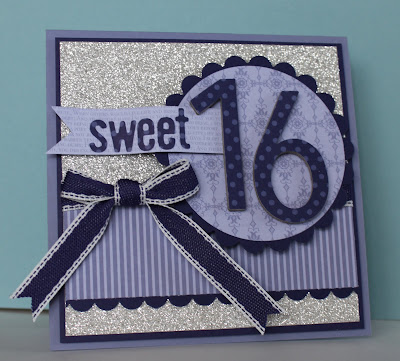 Yesterday Alex went to a friend's Sixteenth Birthday party. So this is the card I made for her. I knew she liked purple, so I went to town with Concord Crush and Wisteria Wonder - and Silver Glimmer!! 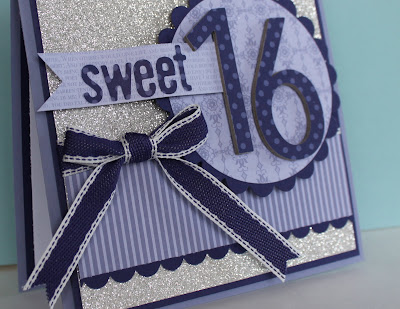 And I would have been lost without my Big Shot on this card. I used the 3" Circle die and the Scallops #2 die for the circles. Then I made the "16" using the Alphabet Simple Numbers die, with some Silver Glimmer Paper backing (it's almost like using the Chipboard pieces). I also used the Billboard Strip die to make the "sweet" letters.

The only stamping I got on the card was the saying on the inside! 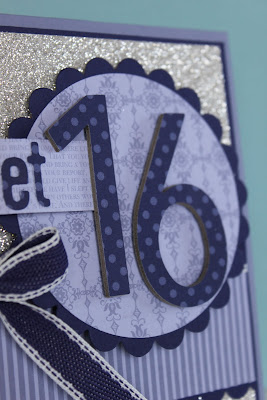 Here's a close up of the numbers - I like how the backing piece gives the numbers that extra pop! Oh, and I did make the card a 5 1/4" square size. I kind of like that for a fun change!